Donate
Home How many were removed from Ohio’s voter rolls? It’s a mess

How many were removed from Ohio’s voter rolls? It’s a mess 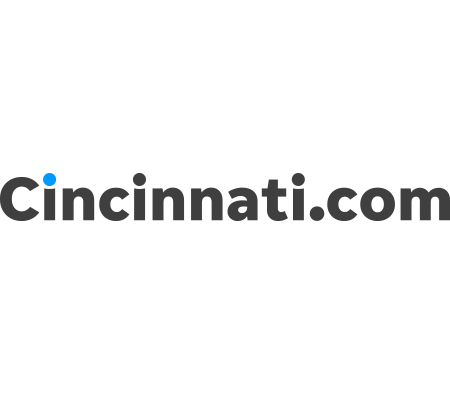 COLUMBUS – Ohio has a controversial practice of removing voters from the rolls who have not cast ballots in years. But just how many are deleted remains a mystery, raising questions about the care taken with the swing-state’s voter rolls.

The practice itself has attracted scrutiny – a federal appeals court ruled against it Friday, although the state may appeal. But the way officials delete and track voter registrations raises other concerns.

Depending on where you live, county election officials might diligently remove thousands of voter registrations each year, documented by detailed records. Or they might insist they haven’t followed through with the state-ordered process in some years, or apologize for tossing those files years ago, according to an Enquirer / USA Today Network investigation, in which Ohio reporters contacted all 88 county board of elections.

While nearly every county was happy to discuss what local officials call the “voter purge” process, the records they provided were a morass of half-kept data and confusing spikes in removed voters. And the numbers they sent to the U.S. Election Assistance Commission weren’t much better.

At best, these records reveal a lack of care by some election officials tracking voters taken off the rolls.

At worst, they point to a system of removing voters that’s far from uniform – meaning where you live could determine when, or if, your voter registration is deleted. And that could affect whose votes count, and whose don’t, in a critical battleground state that may determine the next president.

Ohio Secretary of State Jon Husted, a Republican, insists counties are removing voters from the rolls in a uniform manner across all 88 counties.

“Everyone is being removed by the same standard statewide,” Husted said. “There is not a variance between county to county.”

But he doesn’t have a number for how many people were removed either. Husted doesn’t know whether that figure has increased or decreased over the 20-plus years the state has removed voters this way. His office does compile how many warning notices are sent to people who might be removed: more than 4.6 million notice since 2011. Some of those people are taken off the rolls if they don’t respond to the notice or vote in the following four years.

In Ohio, county officials run the show. They are tasked with removing voters who haven’t voted in six years or have failed to respond to notices that they might be kicked off. Surely they would track how many people were removed from the rolls in this controversial way.

It depends. Some county election officials kept detailed records on how many people were removed. Others were pretty sure it had been years since they removed people for not voting.

“You probably get a little different story wherever you go,” Sandusky County Board of Elections Director Barb Tuckerman said.

For example, five counties told the U.S. Election Assistance Commission, which tracks compliance with voting laws, they hadn’t removed any inactive voters between the 2012 presidential election and 2014 midterm election. During that time, Lucas County, which has more than 430,000 residents, reported removing only three voters for failing to vote frequently enough, according to the commission’s 2014 report.

Asked about some of these these discrepancies, Husted’s office tracked down several explanations: Henry, Highland and Shelby counties each didn’t have a code in their computers to identify voters they had removed for inactivity. Paulding County officials simply didn’t enter the data correctly. These errors were later fixed, Husted’s spokesman said, but they remain inaccurate on the federal report.

In Lucas County, an employee started to remove voters but never finished. That employee was later fired, and voters were removed from the rolls the following year, after getting an extra chance to vote. Husted also removed three Lucas County Board of Elections members in June 2014 for a “culture of dysfunction,” according to a Toledo Blade report.

Are you still registered to vote? A court fight might decide

Franklin County didn’t remove voters from the rolls until after the 2015 election, while most other counties removed them before November. Just like in Lucas County, that gave people in the Columbus area another opportunity to vote and register than residents elsewhere.

In Wyandot County, Board of Elections Director Deb Passet says she hasn’t removed people from the list of registered voters in years. But the county told the federal Election Assistance Commission it had purged several hundred people.

Which is the truth? It’s not clear.

Passet has lived in the county for 62 years, knows many of the residents and wants people such as her older aunt to be able to vote this year even after years of abstaining.

“I just don’t take people off. They aren’t hurting anything being on there,” Passet said. And the small county office has more pressing concerns, such as printing ballots for the fall election, than removing voters, she said. “They could be on ‘inactive’ for 20 years before we get around to it.”

Tuckerman, director of the Board of Elections in Sandusky County, said she hasn’t been able to remove thousands of voters who have died or haven’t voted in several years from her computer system. And she disagrees with the concept of removing people who haven’t voted in recent elections.

“I don’t think you should be eliminating people because they haven’t voted. I can understand when you’ve voted or when you are dead, but those are easy to account for,” she said.

Well, pretty easy to account for. Election officials in Sandusky County did accidentally remove a man from the voter rolls because they thought he had died – twice. Two of the man’s sons, who shared his first, middle and last name, died before their father. Election officials assumed the older man had died in both cases so they removed him from the rolls. The mistakes were corrected both times.

It’s nearly impossible to tell whether Husted is removing voters any differently than his predecessors, both Democrats and Republicans, because several counties have not kept records from before 2011.

“Unfortunately I recently cleaned out a file cabinet that had all the previous reports and the file that I had them in (along with several other files) have come up missing,” Van Wert Board of Elections Director Linda Stutz wrote apologetically in an email, which included the parenthetical.

Stuart Naifeh, one of several attorneys suing Ohio over the way it removes voters from the rolls, said he found similar discrepancies. Some counties were not removing voters from the rolls or removing them at a different time. At least one county used a different, more clear, warning notice. The counties more likely to have problems? Smaller, rural ones, with more Republican voters, he said.

“The effect has a partisan impact, but I don’t think that’s the motive,” Naifeh said.

With all this confusion, why not turn voter removal over to the state, which could keep uniform data and eliminate potential discrepancies over when voters are removed?

“The law is a bottom-up process,” Husted said. “That’s how Ohio law works.”

‘I believed I was registered’

Even if the program is being implemented uniformly, as Husted insists, at least two liberal groups say it’s illegal. The American Civil Liberties Union of Ohio and liberal think tank Demos sued Husted’s office, saying Ohio officials broke federal law by removing voters simply for not voting frequently enough. If people died, moved or were sitting in prison from a felony conviction, then take them off the rolls. But people who don’t vote enough? They shouldn’t be kicked off, the groups said – as were tens of thousands of Ohio voters who last voted in 2008, the year President Barack Obama was first elected.

On Friday, a three-judge panel of the 6th U.S. Circuit Court of Appeals agreed, overturning an earlier U.S. District Court ruling. Ohio, the appeals court said, shouldn’t have removed voters such as Chad McCullough, who lives in Madison Township in Butler County.

McCullough voted for the first time in 2008, when he was in his 30s. He votes only when there’s an election or a topic that interests him, so he didn’t vote again until 2015. McCullough had failed to respond to a warning notice about his voting inactivity. On Election Day, he was informed he wasn’t registered to vote.

“I believed I was registered to vote in this election. I had no idea that my voter registration could be canceled, even if I did not move,” he wrote in court records.

He cast a provisional ballot, but it wasn’t counted because he wasn’t registered to vote. That’s not unusual. People cannot vote without being registered, so casting a provisional ballot – if you’ve been removed after six years – does little beyond re-registering you to vote, Husted said.

The state typically appeals such rulings, so this case appears likely to continue. Husted says he fears the court will force him to put deceased people and those who have moved out of state back onto Ohio’s voter rolls.

With the current system, voters have ample opportunities to preserve their active registration before they are removed, Husted maintains. They could vote in any election, sign a petition for a ballot initiative, respond to that initial warning notice, respond to a request for an absentee ballot, say “yes” when a Bureau of Motor Vehicles employee asks them to register to vote, or fill out a new form at their local board of elections. This year, Husted even sent notices to people who weren’t registered to remind them.

“We do everything under the sun to try to reach them,” agreed Carol Lovas, director of the Board of Elections in Ashtabula County. “We will try to reach out to every single voter over and over.”